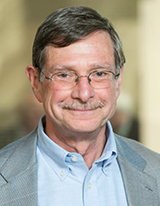 Nathan A. Fox is Distinguished University Professor, Department of Human Development and Quantitative Methodology, Program in Neuroscience and Cognitive Science at the University of Maryland College Park. He has completed research on the biological bases of social and emotional behavior, developing methods for assessing brain activity in infants and young children during tasks designed to elicit a range of emotions. His work on the temperamental antecedents of anxiety is funded by the National Institutes of Health, where he was awarded a MERIT award for excellence of his research program. He is an elected Fellow of the American Association for the Advancement of Science, the Association for Psychological Science, and the American Academy of Arts and Sciences. Recently, he received the Distinguished Scientific Contributions Award from the Society for Research in Child Development and the Distinguished Mentor Award and the G. Stanley Hall Award for Lifelong Achievement in Developmental Science from Division 7 of the American Psychological Association. He is a founding member of the National Scientific Council for the Developing Child and is currently co-Scientific Director of this group. He is one of three Principal Investigators on the Bucharest Early Intervention Project.